At the end of 2015, I was assessed and then diagnosed with autism spectrum disorder. No, I didn’t expect it either. ‘Aspie’ is the informal shorthand for the long proper medical words.

Circumnavigation would mark the occasion. I was going to take me and my autism spectrum disorder around the world. The doctor spotted “narrow patterns of interest”. That’s medical speak for my obsession for trains. Social skills might remain a work in progress, but I can rustle up a well executed travel plan, especially where trains are involved.

There were many time and schedule obstacles to overcome. And they were all of my creation. These included:

I like plans, process and order. My autism spectrum requirements suited the trip just perfectly. Obsessive interest, detailed planned and nothing left to chance. And plenty of trains. There would be an enormous and exhaustive spreadsheet. There would be airline tickets, train tickets in four different jurisdictions, a Russo-Korean-Japanese registered ferry ticket purchase, hotels and visas to sort out. One visa was contingent on the application of the other. In the end, buying the ferry ticket was not a reassuring experience.

But it all came together.

On the morning of Thursday 23 June 2016, I voted in the EU referendum and then boarded a Piccadilly line underground train for London Heathrow airport. 38 days later, I’d be arriving back in London St Pancras International railway station on a Eurostar train from Paris. More than half the mileage of this global adventure now ahead of me would be by train and ferry.

Phileas Fogg would be proud. 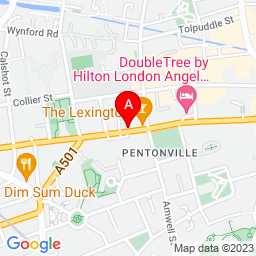 If you'd like support us with a donation, please visit our page on JustGiving. Thank you.
We are delighted to be funded by London Catalyst, the Cripplegate Foundation and Arsenal in the Community Gunners Fund.

This website uses cookies to improve your experience while you navigate through the website. Out of these, the cookies that are categorized as necessary are stored on your browser as they are essential for the working of basic functionalities of the website. We also use third-party cookies that help us analyze and understand how you use this website. These cookies will be stored in your browser only with your consent. You also have the option to opt-out of these cookies. But opting out of some of these cookies may affect your browsing experience.
Necessary Always Enabled
Necessary cookies are absolutely essential for the website to function properly. This category only includes cookies that ensures basic functionalities and security features of the website. These cookies do not store any personal information.
Non-necessary
Any cookies that may not be particularly necessary for the website to function and is used specifically to collect user personal data via analytics, ads, other embedded contents are termed as non-necessary cookies. It is mandatory to procure user consent prior to running these cookies on your website.
SAVE & ACCEPT
Font Resize
Contrast
Accessibility by WAH
Click to listen highlighted text!